Permanent downhole monitoring of pressure and temperature greatly improves our understanding of reservoir performance and production enhancement opportunities. Traditionally this has been achieved with a cabled permanent downhole gauge (PDHG) which provides real-time data at a specific depth.

The loss of a cabled permanent downhole gauge (PDHG), due to issues such as splicing errors, broken cabled connectors, grounding out, sensor failure or during well service activities, can seriously impede a well operator’s ability to monitor and optimise a well’s performance. Traditional remediation methods require a potentially costly well intervention program which is often un-economic or impractical when considering both service costs and loss of production.

Acoustic Data’s SonicGauge™ Wireless Monitoring System can be retrofitted into a well where a cabled PDHG has failed or into new or brownfield developments where no monitoring was previously installed. The system has been designed to minimise installation costs with the Barracuda™ HEX-Hanger™ (high expansion gauge hanger) being installed via conventional slickline methods. The HEX-Hanger does not require a nipple profile, so the SonicGauge can be set virtually anywhere in the completion by the battery-powered Electro-SET™ (electro-mechanical setting tool).

Unlike a cabled PDHG that measures pressure and temperature at a single point in the tubing, SonicGauge Repeaters have onboard pressure transducers that allow the well’s flowing and static pressure gradients to be measured in real-time, an invaluable tool for real-time production optimisation. 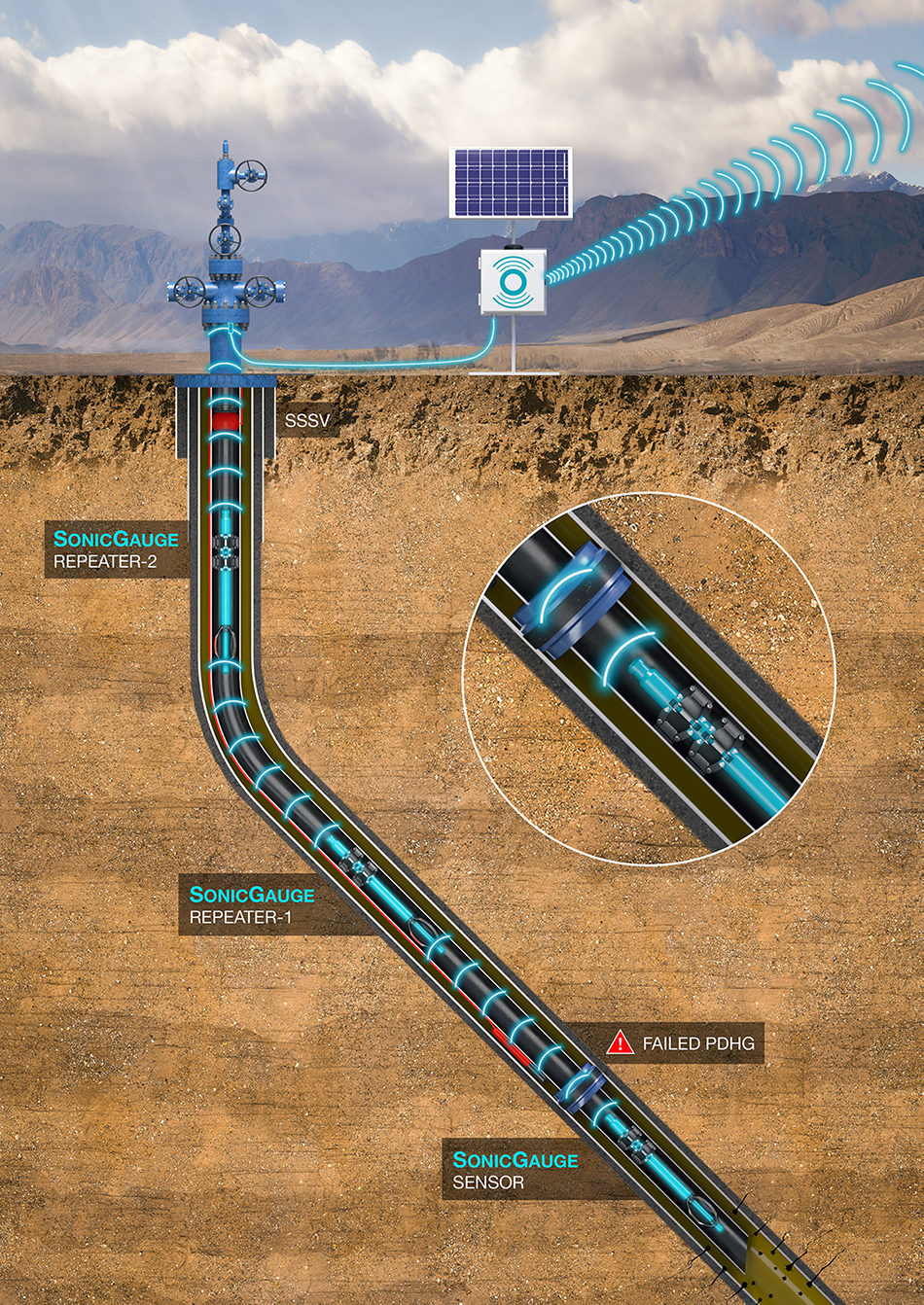